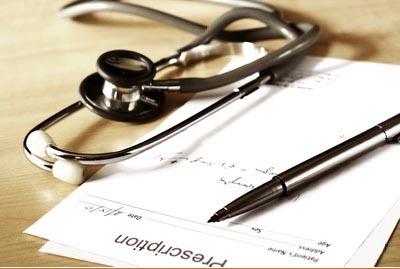 Brucella are gram-negative non-motile coccoid rod bacteria; the growth is aerobic and microaerophilic on complex culture media. They can survive days to weeks at normal temperatures in the environment or in milk and milk products. The species B. melitensis are considered as human pathogens (Malta fever), B.abortus (Bang's disease), and in rare cases, B. suis and B. canis.

Brucella world come mainly found in cattle, pigs, goats, sheep and dogs; in Germany the pathogens are rarely consistent control of livestock, the Federal Republic is officially free of B. melitensis and B. abortus. Often, however, they are in Eastern and Southern Europe (especially Turkey.); occasionally the introduction of pathogens carried by uncontrolled Tiere. The 2007 reported cases in Germany three (16%) of those affected were infected in Germany, ten (53%) in Turkey, the rest in different countries. In 2008, 24 cases were reported after IfSG. Infections caused mainly by animal contact (birth) or animal products, but also through inhalation of infected particles (zoonosis). Therefore, shepherd, sheep shearers, livestock farmers, butchers and veterinarians are particularly vulnerable. By eating foods such as raw milk products (eg sheep and goats role) as well as liver or spleen, infection is also possible. Less common are transfers through sexual intercourse and breastfeeding as well as bone marrow transplantation and blood products. 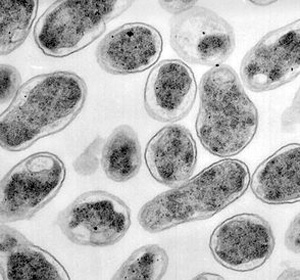 The pathogens are included in macrophages and transported to the regional lymph nodes, then carried from there spread throughout the body. Many infections are asymptomatic; the symptoms at presentation (B. abortus, B. melitensis) initially after an incubation period of 5 to 60 days, in many cases uncharacteristic and identisch. for both pathogens Occasionally, a palpable lymphadenopathy or liver and / or spleen, in the later disease may cause fever with a certain periodicity (undulant fever) occur and sepsis, night sweats, joint pain and asymmetrical joint swelling (arthritis), along with hepatosplenomegaly (rarely also with splenic infarction) particularly vertebral venous and arterial thrombosis, epididymitis and orchitis and "cold" abscesses, (osteomyelitis) and paravertebral (DD yersiniosis and tuberculosis). In the bone marrow granulomas are detectable; Anemia, leukopenia, thrombocytopenia, probably as a result of Hemophagocytosis (esp. In infections caused by B. melitensis). It is also important to think about the possibility of endocarditis due to Brucella (usually the aortic valve); many of the patients have preexisting valve damage. The course is subacute with heart failure and fatal outcome. An immediate valve replacement is necessary. In rare cases, the manifestation takes place as myocarditis. There are chronic forms of brucellosis (> 1 year), which is also in the form of a neurobrucellosis (melitensis esp. By B., occasionally B. abortus and B. suis rarely) with CNS involvement (meningoencephalitis, meningomyelitis, loss of vision) and the peripheral nerves can manifest. The mortality rate is generally low at 2%, in patients with endocarditis but high! In particular epidemiological situations consideration must be given to the use of Brucella as a biological weapon in the form of an aerosol.

In animals, the infection is one of the main causes of abortion; In humans, there may occur in pregnancy, abortion.

The primary treatment consists in the administration of doxycycline (DOXYCYCLINE-ratiopharm etc.) / rifampicin (EREMFAT etc.) for six weeks plus gentamicin (gentamicin and others) for two Wochen. In endocarditis, an early valve replacement is also recommended.

Caution is advised when consumption of dairy products made from unpasteurized milk. Occupational exposure (including laboratories) Note! Women with brucellosis should not breastfeed because a transmission to the infant is possible (intracellular storage of the pathogen); to be regarded as infectious diseased persons are in blood, urine, semen, amniotic fluid, placenta and lochial secretion. An isolation of patients in compliance with the standard of hygiene is not necessary. Persons who are suffering from brucellosis or goods are excluded from donating blood. Reporting requirement for direct and indirect detection of pathogens.

Work, travel and food history! The cultural detection is prolonged incubation in blood, Abszessmaterial (eg bone), bone marrow, tissue, urine (esp. B. melitensis) and cerebrospinal fluid. When antibody detection (paired sera at a distance of two to four weeks), the ELISA method is preferred and confirmed by complement fixation, where cross-reactions with numerous pathogens are observed. By some laboratories, a PCR detection is angeboten.